The Supreme Court decided to address the constitutionality of the Trump Administration’s travel ban when it reconvenes for the fall session in October 2017. The Court’s opinion sets up a historic legal clash between the president’s power to set national security priorities against constitutional protections for religious freedom.

The Court partially reinstated President Trump’s second executive order which bans the entry of nationals of Iran, Libya, Somalia, Sudan, Syria, and Yemen for 90 days and suspends admission of all refugees for 120 days.   The Court ruled that the travel ban can only be enforced against foreign nationals from these countries who cannot credibly claim a “bona fide relationship with a person or entity in the United States.”  A “bona fide” relationship is described by the Court as a “close familial relationship” or a “formal, documented” relationship.  Such relationships may not be established for the purpose of circumventing the ban.  The Court’s order is likely to create confusion as consular officials attempt to determine who is allowed to seek entry into the U.S.  The following is a list of individuals who may be impacted by the Court’s decision.

Who will be allowed to enter the U.S.?

Who may have difficulty entering the U.S.? 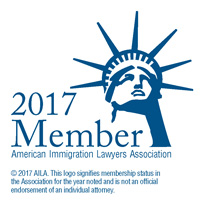